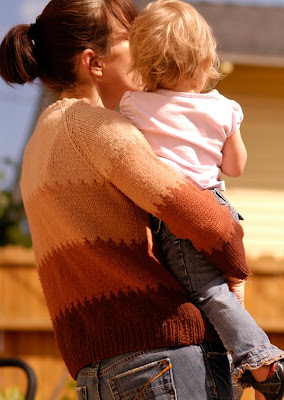 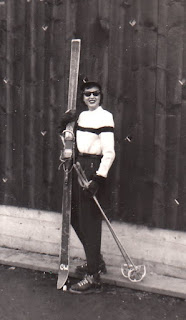 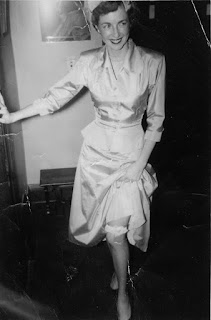 This picture is my mom in her wedding dress which I'm sure she made because if she could make it for cheaper than buying it she would. I always loved this dress and the fact that it was a pale blue worn with a vibrant red overcoat, but I included it because when I said unsentimental... a week after my mom's wedding she gave this fantastic dress to a church rummage sale! I remember asking her why and as usual, "why would you want that old thing?"
Posted by Knit 1 LA at Monday, May 24, 2010 4 comments: 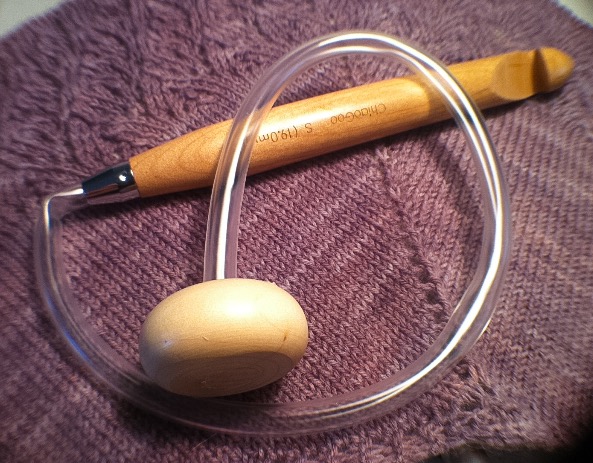 To purchase a Tunisian crochet hook click on the image to go to Mimi's Needle Basket.

Knit 1 LA
Los Angeles, CA
I come from a family of sewers & knitters. My mom was an amazing artist who taught me valuable lessons in technique, craftsmanship and style. Most of my designs are worked from the top down and seamless with as little finishing possible. I like to include challenging techniques to keep it interesting but aesthetically like them clean and simple.